As you are hopefully already aware, we recently posted notification from Wiltshire Council of upcoming works to Frome Road, which will commence on 3rd October.

Particularly as we have experienced a number of issues recently in relation to roadworks and closures, the Town Council was keen to seek assurance that the disruption caused by upcoming works would be minimised and plans for diversions were well thought out. Yesterday, with this in mind, Cllr Dom Newton (Highways & Transport Committee Chair) and Ian Brown (TC Operation Manager) met with the Wiltshire Highways Team.

“While there will inevitably be disruption, the mitigations that the Highways team are putting in place – if followed by motorists – should help to minimise the problems; we will of course be regularly in touch with the team during the works themselves.  We will also be preparing some additional guidance for the Wilts Highways team to address concerns raised by residents in specific areas of the town which tend to bear the brunt of any significant works, to ensure that diversions are appropriately planned and signed, and that pedestrian safety isn’t compromised at these times”. 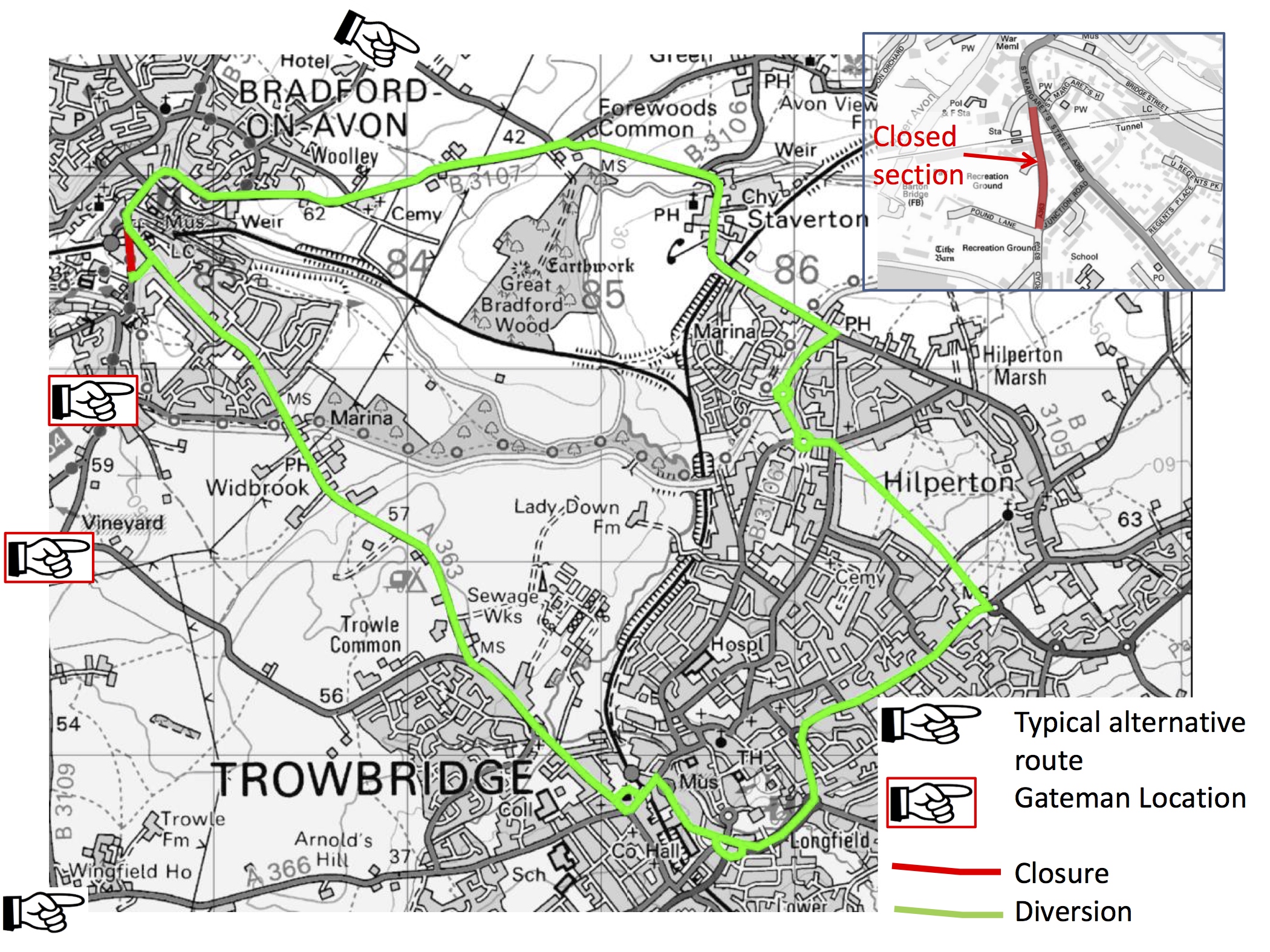 During the meeting, Dom and Ian were shown detailed plans of how the diversion will be implemented, and assured that extra signage would now be in place during the road closure periods which will come into effect between 9am and 3pm on weekdays (Mon-Fri) until 10th October. This should help avoid congestion during rush hour, though it was noted that forward planning on the part of parents/carers during afternoon school runs will need to be made as journey times will be impacted by the extensive diversions.

Wiltshire’s surfacing contractors Tarmac are undertaking substantial resurfacing works along Frome Road between the roundabout at Junction Road and the start of St Margaret’s Street one way system, approximately 370 tonnes of the road surface will be removed and replaced over the period. Due to the deep removal of material the running surface of the road overnight will be uneven with temporary ramps to maintain safety.

Travellers driving in a Northbound direction will have an extensive diversion route taking them through Trowbridge. Gatemen will be in place at strategic points in the town before the closure to remind travellers of alternative routes.

For those travelling in a Southbound direction a short diversion route along St Margaret’s one way system and Junction Road will be in place. However, long delays will be expected due to the narrow nature of the road network in the town.  It is advised that drivers travelling through Bradford on Avon seek a different route well before they reach the town where possible or add time to their journey.

Following yesterday’s meeting, Wiltshire Council have also published a dedicated page on their website which you can find HERE and if you wish to view the original notification post about the closure it can be found by clicking HERE