Following the initial regulation allowing the postponement of the election of the annually appointed positions due to the ongoing COVID-19 pandemic, in line with other towns in the local area, councillors agreed to move ahead with the elections to underpin accountability and leadership of the Council for the coming year.

The results were as follows;

Mayor of Bradford on Avon 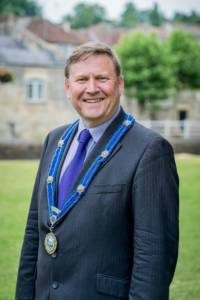 Cllr Simon McNeill-Ritchie, who also chairs the Town Development Committee, was elected as Mayor for the second subsequent year. He said:

“I would like to thank my fellow councillors for the rare honour of electing me to a second consecutive term and Cllr Dan Taylor in addition for his support as Deputy Mayor over the past year.

Under the current circumstances I imagine there will be little opportunity over the coming year to represent Bradford on Avon at ceremonial occasions around Wiltshire.

But the need at this time is for continuity, and I will continue to work with the Town Clerk and the Leader of the Council, together with new Deputy Mayor Alex Kay, to help lead our community through the present emergency.”

Cllr Alex Kay was elected as Deputy Mayor. Alex, who is chair of the Environment and Planning Committee and has previously served as Mayor and Deputy Mayor said: 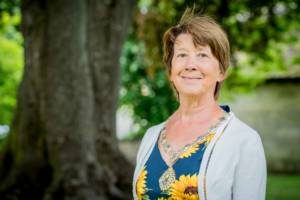 “I congratulate Simon on his election as Mayor and Dom, as Leader of the Council. I thank them both, and commend them for their  hard work through this pandemic crisis; they have acted swiftly and positively, showing true leadership.

I thank too my fellow Councillors for the privilege of being Deputy Mayor for the coming year, and I commit to work along side them and council officers the best I can.

I will continue to champion environmental issues which thread through all aspects of the town council business. I am delighted that the Biodiversity Resolution was passed yesterday evening and look forward to helping to bring that to fruition across all the green spaces across town for the benefit of all.”

Leader of the Council

Cllr Dom Newton was elected as Leader of the Council for the fourth consecutive year. He said: 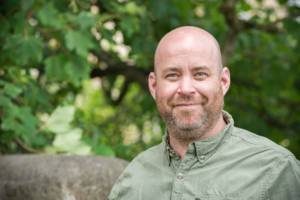 “I am honoured that Members have supported my continuing as Leader of the Council during this very challenging time in our town, and as we head into the last year of this administration.

We have a lot of work ahead of us – particularly in maintaining vigilance on Covid-19, meeting the needs of the community arising as a result of economic and other consequences of the virus, and also, making sure that we live up to our declaration of the Climate Emergency last year.

Along with the Mayor and Deputy Mayor, I am looking forward to a productive year ahead.”

In line with the protocols put forward to members in March, Council resources are being primarily directed to the handling of the local COVID-19 response, and also, increasingly, responding to the Climate Emergency and ecological matters, with daily meeting of the senior officers, Leader of the Council and Mayor.
Full Council is now meeting monthly to handle major decisions, while the Environment and Planning committee is undertaking its roles on planning decisions and advising Council on decisions around ecological matters.
Additional ad hoc meetings are also being called where necessary to support Officers in their legal duties.
Photos Lydia Booth Photography
Back to News