You may have heard about our recent request for residents to nominate someone from Bradford on Avon who has made a real difference to people’s lives and/or the community during 2018.  The aim was that we as a town could say ‘thank you’ to that someone and name them Shining Light of BOA 2018.

There were lots of nominations, and it was a tough choice, but the person selected for the award, in its first year, was Gail Keverne who runs Catkins Nursery on Trowbridge Road, Bradford on Avon. Of course we are lucky to have lots of wonderful nurseries in the town; this award was based on the positive impact Gail as an individual has had on the lives of those who nominated her, which was reflected in their comments. 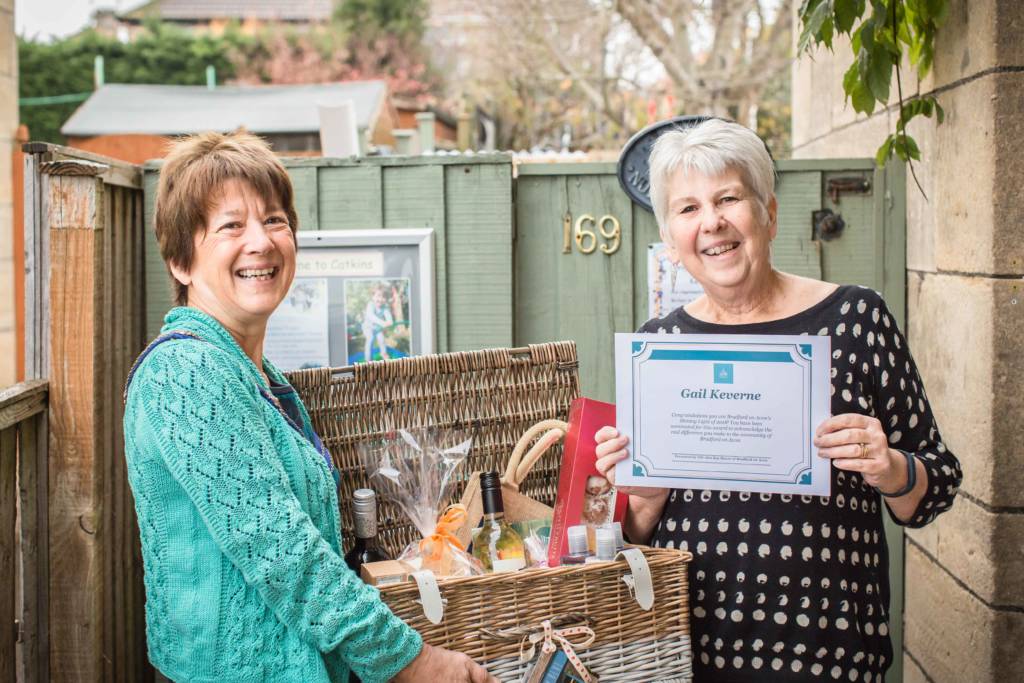 Above: Mayor Cllr Alex Kay (left) handing over a hamper of goodies donated by businesses in the Town to the Shining Light of BOA, Gail Keverne (Photo: Lydia Booth Photography)

There were many nominations for Gail, sighting her kindness, positivity and resilience as outstanding.

Mrs Keverne is so welcoming, thoughtful and is a fabulous teacher. We would love to see her recognised for all her hard work, thoughtfulness and for being a true inspiration to us all. 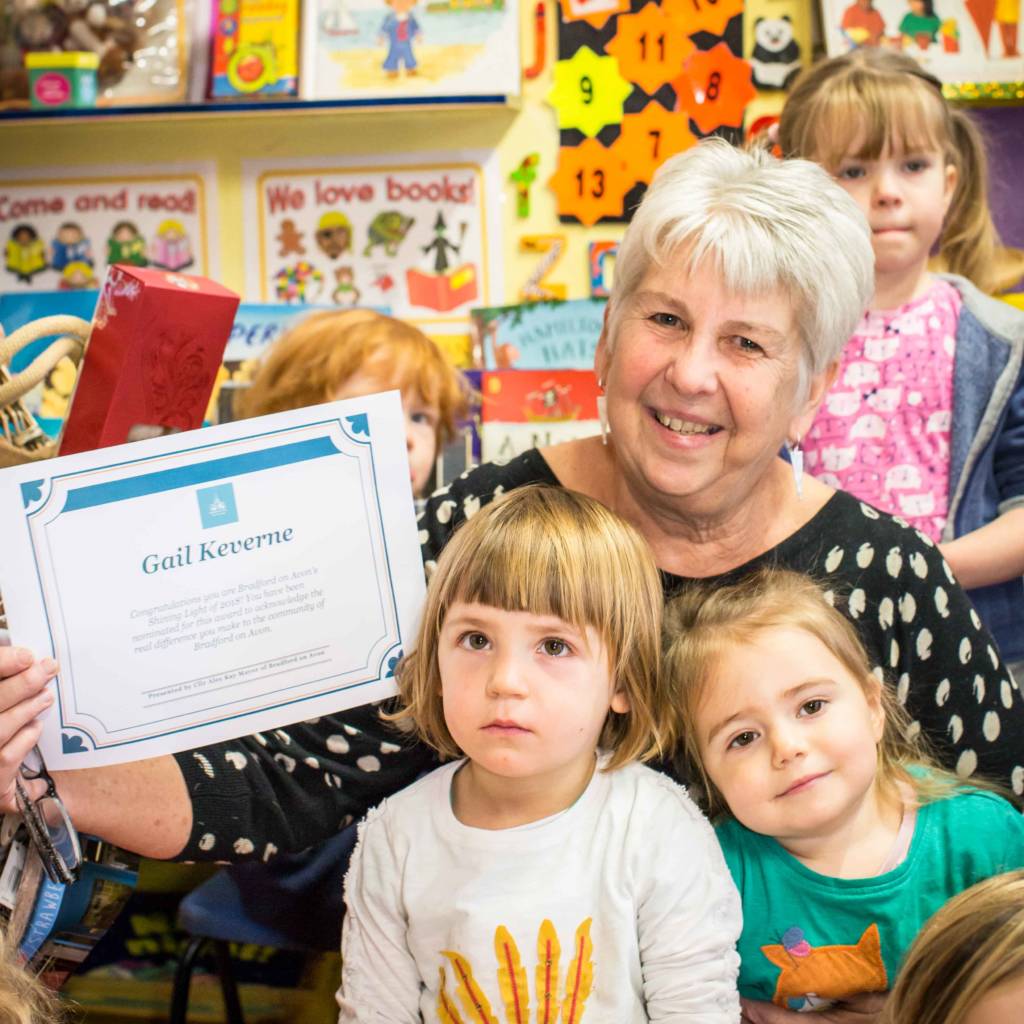 Above: Gail Keverne with some of the children who attend her nursery, which she has run for over 30 years. (Photo: Lydia Booth Photography)

This morning, Mayor Cllr Alex Kay and Tourism & Events Officer Steph Shearing arrived at Gail’s home, which doubles as a nursery, to present her with a hamper full of wonderful goodies generously donated by businesses from across the town. Thank you to: Strawberry Blue, The Dandy Lion, Wiltshire Music Centre, Instant Vintage, Made in Bradford on Avon, The Cake Architect, Cloud & Cove, Granny Mo’s, The Cheese Shop, Leaf and Bean, Christine’s Sustainable Supermarket, Ex Libris and Sainsbury’s. 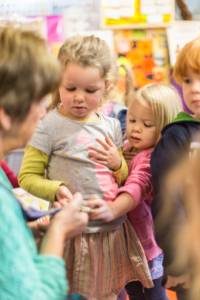 The Mayor, whose chain was of great interest to the children at the nursery today, said:

Gail is clearly highly respected and her nominations reflected this, not only in quantity but the huge variety of people that nominated her. The Town Council look forward to acknowledging many more Shining Lights in the future.

Gail has also been invited to switch on the Christmas lights at the big event on Friday 30th November in Westbury Garden. Keep an eye on our website NEWS page and also Facebook and Twitter to find out more about what we have planned for the evening.

The Switch On event starts at 5pm with entertainment running before and after the lights illuminating the town, the countdown for which is at 6:30pm.