At last night’s Full Council meeting, Councillors reaffirmed the decision taken by the Community and Recreation Committee in February 2020 to replace the Poulton Skatepark with a new state of the art facility, to be built by Maverick Skateparks. 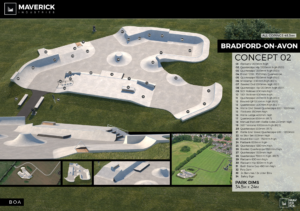 Design work is well underway, with initial concepts being developed in conjunction with local skaters and young people, and further comments welcome from the community.  The new facility will support the use of wheeled sports including skateboarding, scooting and BMX bikes. It will form part of a wider plan to rejuvenate the Poulton Recreation Ground area, taking into consideration the natural environment, carbon offsetting, accessibility and improvements to the play area once it is handed over from Wiltshire Council as part of the Community Asset Transfer process.

The current design is projected to cost around £280,000, and with community fundraising already having generated £9,000, councillors last night backed a resolution to commit £100,000 from Town Council reserves to secure the future of the project. This joint commitment and any further fundraising will work to assure other potential funders. 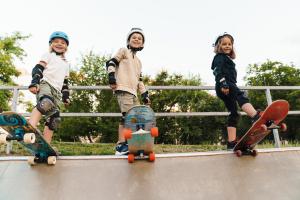 “Three years into the project to replace the town’s skatepark, and with the voices of young people being well-heard in the Town Council Meeting, it’s fantastic that we are finally able to move the project forward with a great deal of financial certainty, and with the strong support of Councillors.

Particularly in light of the last year of lockdowns and reduced social contact, it’s clear that we need to get this project done. The sport’s popularity is recognised by its inclusion in the next Olympics and is a hugely popular, healthy and positive activity whether you’re starting out or an experienced, older rider.  We really hope that this major financial commitment to the project will encourage others to join the fundraising efforts, so we can bring this facility to life.” 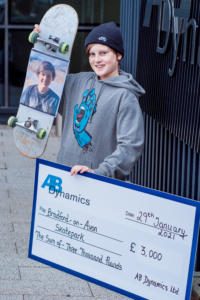 Cllr Franklin, Chair of the Community and Recreation Committee, and seconder of the resolution, said:

“We would like to say to the youth of the town, that you deserve some space you can call your own, and the Skatepark is a huge part of that. We would like to thank all who have already given so generously, including AB Dynamics, Christine’s Sustainable Supermarket and the amazing public effort led by Idris Jones (photo right).”

Kai Jenson, age 14, who spoke at the meeting and has been involved in the concept design meetings with Maverick, said afterwards:

“I am very happy with the outcome of the meeting today, and think that Poulton is a great place for it to be built. It will also be a great asset to the young portion of the community”. 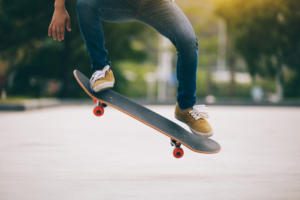 Ben Wood, a year 13 student at St Laurence School said after the meeting:

“As a skateboarder in Bradford on Avon, I have been skating for 6 years in the local area – for many years spending all my free time either at Poulton Skate Park (when it was there) or the station.

The park is needed to give young people something to do in a town where very few activities stand for us already. Since the Poulton skatepark was removed, the station and underground have been the only areas for skateboarders. Many skaters since this removal, have had negative encounters with the public which are preventable when a designated area is provided that skateboarders belong in.

Having seen the investment of the local council being agreed today, I’m excited to see plans go forward and we are one step closer to the skatepark the town needs.” 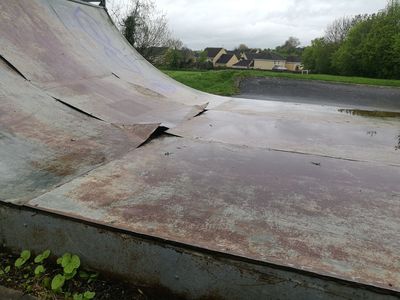 ABOVE: The previous Poulton skatepark which was removed by Wiltshire Council having fallen into disrepair 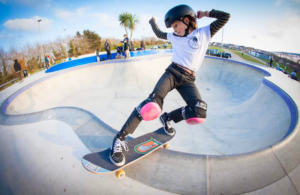 Skateboarding has taken off in the UK in recent years, inspired by figures such as internationally renowned rider, James Threlfall from nearby Bath, and GB Olympic Skateboarders and medal prospects Sky Browne (aged 11) and Alex Decunha (aged 22).  SkateboardGB estimates that there are now more than 750,000 riders in the UK.

You can find out more about the project on its Facebook Page: https://www.facebook.com/newboaskatepark, and contribute to the fundraising efforts here https://bit.ly/GoFundSkateBoA

If your business or organisation would like to make a corporate donation, please contact our Director of Operations, Ian Brown: ian@bradfordonavontowncouncil.gov.uk

We need to raise more funds to make this project happen.