Bradford on Avon Town Council has declared an Ecological Emergency. In March 2019, the Town Council, along with many other government bodies, businesses and organisations, declared a Climate Emergency, in recognition of the urgent need for action to negate climate change and its effects both locally and globally.

However, it was felt by E&P members that the declaration did not accurately reflect the additional need to recognise the negative impact that human activity continues to have on the planet’s ecology.

Therefore, at tonight’s Environment & Planning Committee, Deputy Mayor Cllr Alex Kay and Leader of the Council, Cllr Dom Newton proposed that the declaration be extended to one of:

Subsequently, the committee unanimously agreed that this should be implemented and that the Town Council’s ongoing environmental policy and communications should reflect this going forward.

“I am delighted to further our commitment to the environment by passing this resolution. The declaration of an Ecological Emergency supports action for wildlife and their habitats, irrespective of carbon-emissions. Flourishing biodiversity is a strong indication of clean air and water, whilst climate and ecology are intrinsically linked.

Aside from our own species’ dependance on thriving ecosystems, seeing wildlife in our gardens and parks is also good for well-being and engages with young and old alike.”

At the meeting, Cllr Newton presented the proposal, which can be read below, citing the 2019 State of Nature report as a prime example of why urgent action is required.

After the meeting he said: 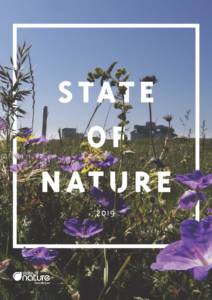 “Tonight’s declaration of an Ecological Emergency, alongside the Climate Emergency, places this issue at the heart of what the Town Council does, how we make decisions, and how we deliver services.  We join a so far small handful of councils in the UK and worldwide to have taken this step, and believe we may be the first of our level of government to do so.

I hope that this important declaration inspires other councils and organisations to follow suit whilst noting that words must be backed up by policy and implementation on the ground. As part of our own commitment to tackling the Climate & Ecological Emergency, we will organise and facilitate a Climate Action Day in the near future, hosted by experts in the field, to which we invite other local councils to attend, enabling the development, understanding and sharing of ideas to tackle this global threat.”

Many prominent ecologists, scientists and campaigners are calling for organisations to commit more strongly to combating ‘Nature’s Emergency’. You can hear some of these voices, in the following short video.

In support of the amendment, Chair of Climate Friendly Bradford on Avon, Rachel Berger, said:

“The Climate Emergency cannot be tackled by reducing emissions alone; it is our economic system of seeing nature as a resource, rather than an essential part of the web of life of which humanity is just one species that has to change if humanity is to survive.

Seeing our interdependence with other species and valuing all species as having a right to exist is vital. I applaud the Town Council for taking this step of declaring an Ecological Emergency, and even more so for the various major initiatives it is has taken recently.”

The Declaration amendment was supported by the following information:

This committee resolves that the Town Council’s declaration of a Climate Emergency will be amended to include recognition of an Ecological Emergency, noting that the two issues are intrinsically linked and must be dealt with together for actions to be effective.

To support this joint Declaration, the committee further resolves that:

The actions of the Town Council in recent months have directly addressed issues both of Climate Change and Ecology;

This resolution will enable us to bring together two issues that are, in practice, inextricably linked – climate change and ecological damage/loss.

It will allow us to respond effectively not just to the damage inflicted by carbon emissions, but by other human activity which risks destroying habitat, reduces biodiversity and has a huge impact both on wildlife and on pollinators.

Larger Public Authorities, including Bristol City Council and Bournemouth, Christchurch and Poole Council have now declared Ecological Emergencies alongside Climate Emergencies, in line with scientific evidence and subsequent calls from experts and campaigners to acknowledge the catastrophic impact humans are having on biodiversity as clearly outlined in the 2019 State of Nature Report.

Whilst our area of operation may be smaller, given the habitats currently under and soon to be transferred to the custodianship of the Town Council, we can play a significant part in helping to redress ecological damage; encouraging biodiversity, protecting and restoring habitats for wildlife.

This is beneficial for the health and wellbeing of our community whilst also critical to future generations who will rely on the legacy we leave in terms of biodiversity and the food production supported by thriving ecosystems.

Action is needed at all levels, from local communities like ours through to national government and international organisations. We have the opportunity to do our part, inspire and educate our community, whilst also leading the way so that other councils may be encouraged to do the same.