Plans to build a new Poulton skatepark have been delayed by the National Lottery turning down the Town Council’s funding bid.

The National Lottery’s decision not to award the £175,000 grant was based partly on the sheer number of applications received and access to skateparks in nearby towns.

The decision said young people in Bradford on Avon “have access to other skateparks ie Trowbridge skatepark is not far away and very accessible on public transport”. 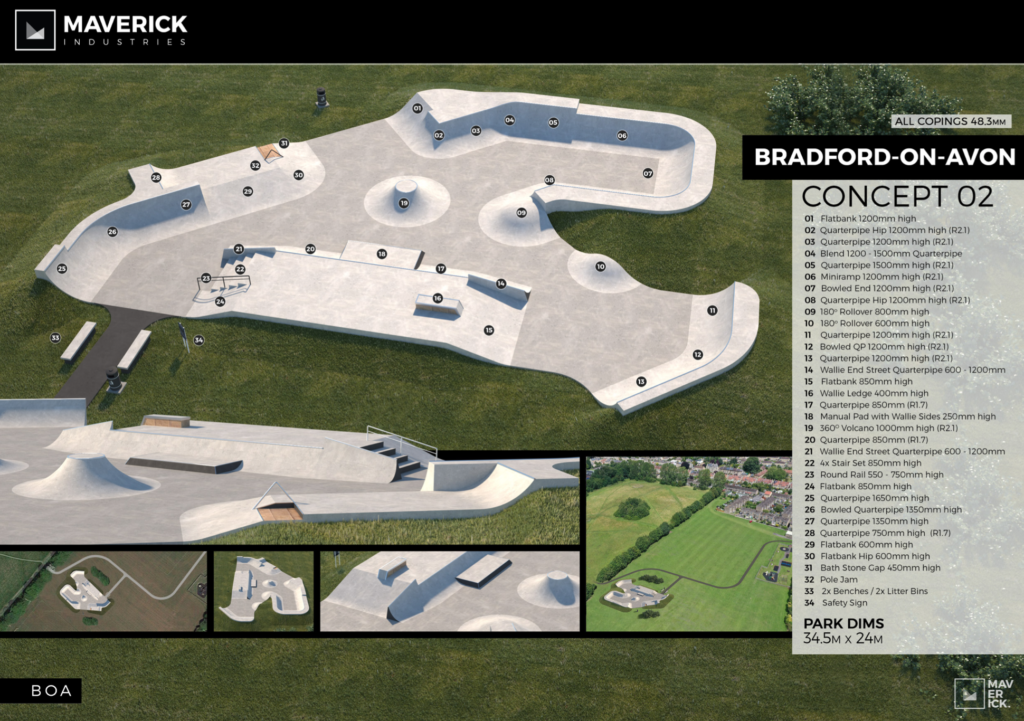 Town Mayor, Cllr Sarah Gibson said: “This is very sad and disappointing news, but we are determined that the skatepark will be built at Poulton.

“We are now exploring other ways of raising the finance needed to embark on phase one of the project, which will be of great benefit to young people in Bradford on Avon.”

Since then, the community has raised £36,000 and the Colonel William Llewellen Palmer Educational Charity has donated £50,000.