Members take a stand against prorogation at Full Council meeting

At last night’s Full Council meeting, Leader of the Council, Cllr Dom Newton, invited members to observe a two minute silent protest at the commencement of the meeting, standing behind their seats, as a symbolic response in protest against the prorogation of Parliament.

Cllr Newton emphasised that this was a non-political act, and was not directly or specifically related to anyone’s political persuasion or views on Brexit.

“A five-week prorogation is unprecedented in modern political history – in the era of modern liberal democracy – and, as characterised by MEP Molly Scott Cato, one may perhaps look as far back as the 1640s before one finds such a blatant action by the country’s executive to close down the rights of the legislature to fulfil its representative duty.  In essence, why this course of action has been taken is immaterial; the simple fact of it happening though – the suspension of representative democracy at such a critical period – should, in itself, provoke an outcry.” 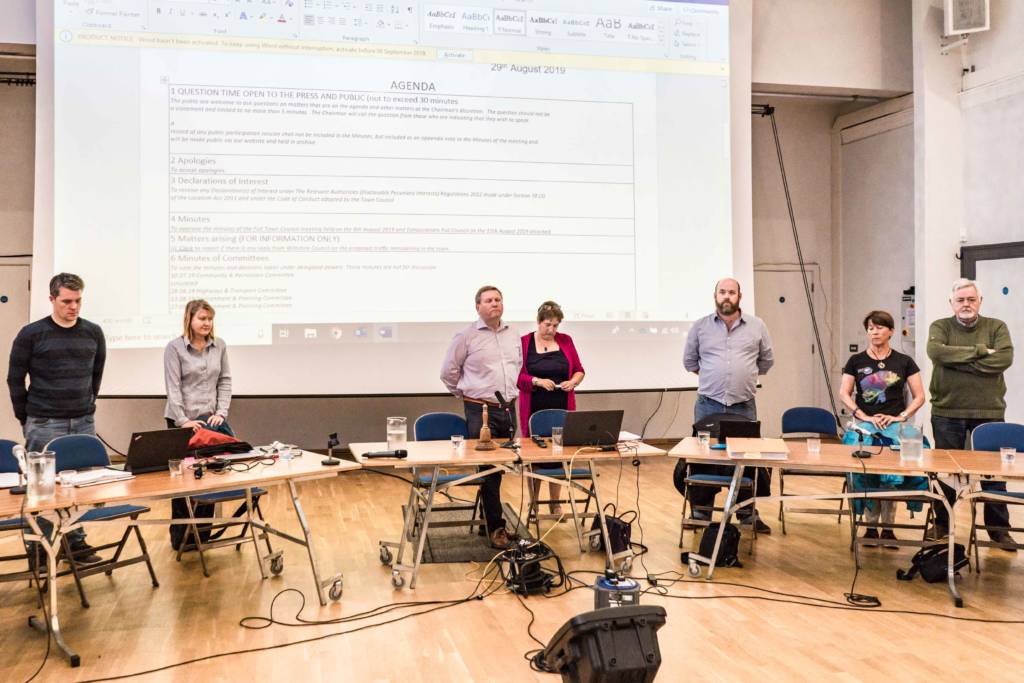