The project to build a new Skatepark has gained further momentum with confirmation that the facility, on the same site as the previous facility will be classed as a ‘permitted development’ and will not need planning permission.

Fundraising for the project has got off to a great start, with over £4,000 being raised to date from the community via a GoFundMe page and through support from Christine’s Sustainable Supermarket, boosted by an amazing additional £3000 from local firm, AB Dynamics which skaters Idris and Wren Jones (below) collected last week. 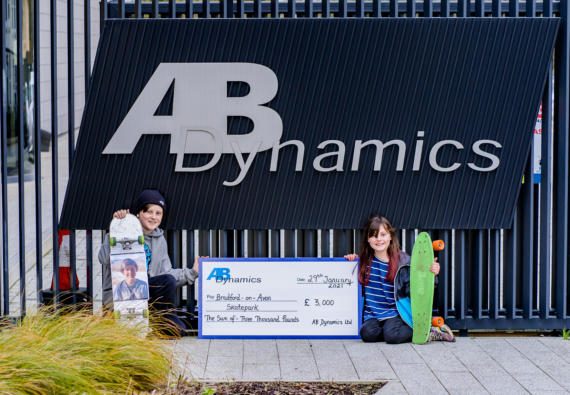 A spokesperson from AB Dynamics explained why they have supported the project:

“Bradford on Avon is AB Dynamics‘s home and, as such, we want to ensure the best for the town and local community. We actively support ventures which benefit the development of young people and encourage them to reach their full potential; offering work-experience placements, internships and a mentoring scheme.

As well as the usual health benefits, physical activity improves concentration, academic ability and self-esteem and there is no doubt in our minds that a new skatepark for Bradford on Avon will be an essential facility for our local kids, young people and adult skaters alike.” 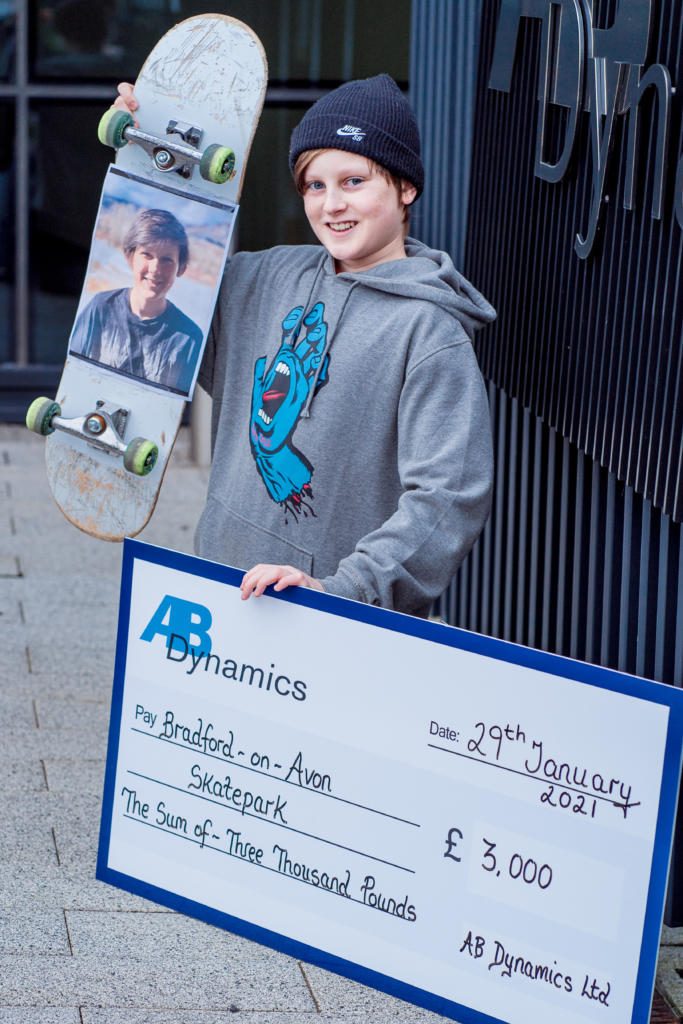 Work is now underway to finalise the design of the skatepark, which will also be able to be used by scooters, BMX bikers and roller-skaters.  The Maverick Skateparks design has been developed in consultation with local wheeled-sports enthusiasts, including Idris Jones (aged 11), whose dad, Carl Jones wrote to Leader of the Council, Cllr Dom Newton, in 2018 to ask for the park to be replaced.

Idris and friends subsequently attended Town Council meetings to present their plea for help, after which members resolved to take the project forward.

(Photo: Idris Jones – who made sure his friend Kai Jenson, a fellow fundraiser, was represented when he collected the cheque.)

“Having been involved with this since 2018, it really is great news that the project can now move forward. Given how important outside space and activities have become in recent times, seeing the Skatepark finally become reality will be a huge moment for the town.

For the Town Council to get support and grants from more larger donors, it’s now vital that there is evidence of a clear financial commitment to the project from the community. I would very much like to thank all those who have contributed so far, including the sizeable sum from AB Dynamics, and encourage everyone to get behind the project in any way that they feel able.” 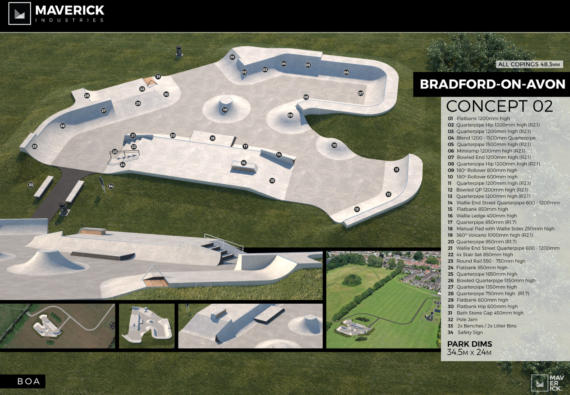 In line with the Town Council’s declaration of a Climate Emergency, the project will also include a means of carbon off-setting, to ensure that any environmental impact is mitigated.

If you would like to make a personal donation to the project please visit: https://gofund.me/d60809bd

Businesses wishing to make corporate donations, which will include a publicity package from the Town Council, should get in touch with our Director of Operations, Ian Brown via: ian@bradfordonavontowncouncil.gov.uk