An Annual Flower & Produce Show to be proud of!

The gardeners, cooks and crafters of Bradford on Avon filled St Margaret’s Hall with a spectacular array of fruit and vegetables, flowers, preserves and baked goods at this year’s annual Flower and Produce Show, which took place on Sunday 2nd September. 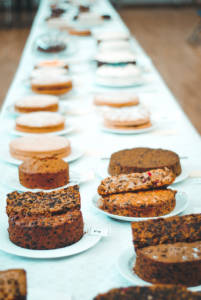 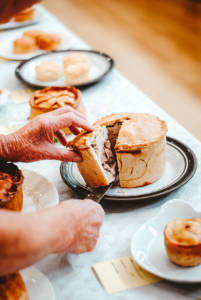 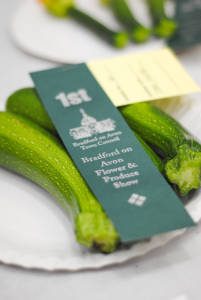 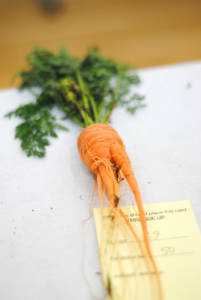 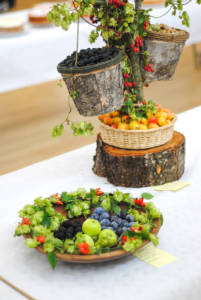 The long, hot summer meant that gardeners had to work extra hard – but their efforts paid off, with the judges describing this year’s entries as ‘outstanding’. Neville Day won the Avonfield Cup for most points in the fruit and vegetable classes, with Kevin Elliott and Tina Vivian taking second and third places. 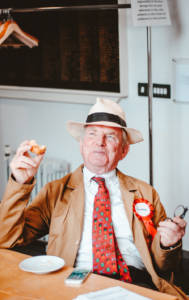 Jams and jellies also came in for high praise from the judges – ‘an exceptionally high standard’ – with Anna Tanfield taking the Town Council Jam Cup for the best in show jar of jelly. And after seven years of entering the competition, Harriet Feilding was delighted to take a first prize for her lemon curd.

In the flower classes, the judges were impressed by the standard of entries in what everyone agreed was a difficult year. The sweetest-smelling rose class attracted a record number of entries – and three first prizes awarded because it was simply impossible to choose between them!

Right: One of the show organisers, John Potter, displaying the arduous task of cake tasting!

Cup for most points in the flower classes – Rachel Sheppard

Thanks to former Bradford resident and cake connoisseur Nik Jones for her wonderful photographs from the day.  Also a huge thanks to everyone involved in organising, judging and indeed entering the event. 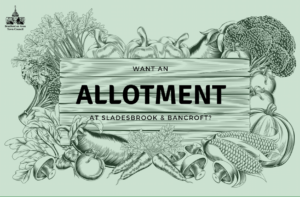 Are you green fingered but don’t have a green space to grow vegetables? If so, why not rent one of our affordable allotments at Sladesbrook/Bancroft? To find out more CLICK HERE