Tuesday’s Full Council Meeting saw much debate about the ongoing issue of whether the Town Council should contribute a proportion of the funds required to carry out maintenance in St Aldhelms’s Play Area, which is owned and managed by Wiltshire Council. 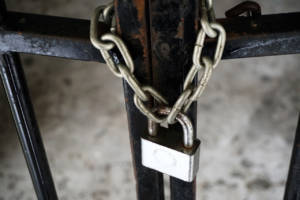 The popular play area was closed by Wiltshire Council recently, having said they would not pay for repairs, leaving many residents and Town Councillors frustrated. The contentious issue remains that Wiltshire Council have requested that the Town Council pay for the repairs, but are not willing to hand back the site itself to the town.  In order to re-open the play area, therefore, the Council would have to pay for the repairs out of the precept which tax residents pay to the Town Council on top of their much larger (Wiltshire) Council tax, with no guarantee Wiltshire Council won’t do the same thing again in the future.

Councillors discussed the pros and cons of contributing the funds, in conjunction with the Unitary Board, with some arguing that this was in effect ‘double taxation’ and held the Town Council to ransom, whilst others were more concerned with the short term detriments of having a play area out of service during the summer holidays.

Nevertheless, Town Councillors eventually voted to support part funding the repairs on this occasion, as young residents were very upset about otherwise losing this facility.

“It is of vital importance to put the Town’s children first in this instance, and re-open the play area, whilst discussions continue on transferring all of the play areas and other community assets to Town Council.”

Cllr Simon McNeill Ritchie, who as Town Development Committee Chair, has been recently been exploring Asset Transfer possibilities from Wiltshire Council to the Town Council said:

“The debate about St Aldhelm’s on Tuesday was not about spending money on the play area. I very much want to do so: indeed, I’m working to find more money to invest in these areas, and council is united in wanting to improve them. Look at the investment in equipment and maintenance we have made at the play areas in Victory Field and Sladesbrook that we own/control.

The debate is a matter of when to spend our money and how wisely. Do we do it now, without first securing the site so that we can protect and invest in it?  We already know that Wiltshire Council have no intention of spending money on these facilities in the future, so they will keep coming back to us for more and more money. And it would be far safer and cost effective for us to maintain it on an ongoing basis than patch it up.  It seems wrong to me that a public authority should own assets that rightly belong to the Town and refuse to hand them back for us to look after them properly when they decide they can’t.”

After the debate, Council agreed to share the cost of the urgent maintenance work in order to get the area re-opened. Unitary Councillors Jim Lynch and Sarah Gibson said they would support the Area Board funding the other half of the cost.