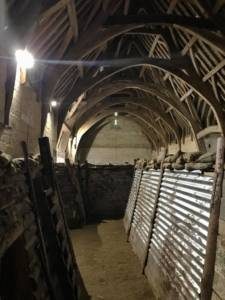 In November 2018, Cllr Simon Mc Neill-Ritchie ran a series of events under the banner ‘Countdown to Peace’ to commemorate the end of the First World War.

The project saw the community of Bradford on Avon come together to create a whole programme of informative and sometimes moving events and exhibitions, including the installation of a trench system and WW1 tank in the Tithe Barn.

In all, more than 8,000 people participated in over 40 events, including hundreds of schoolchildren. 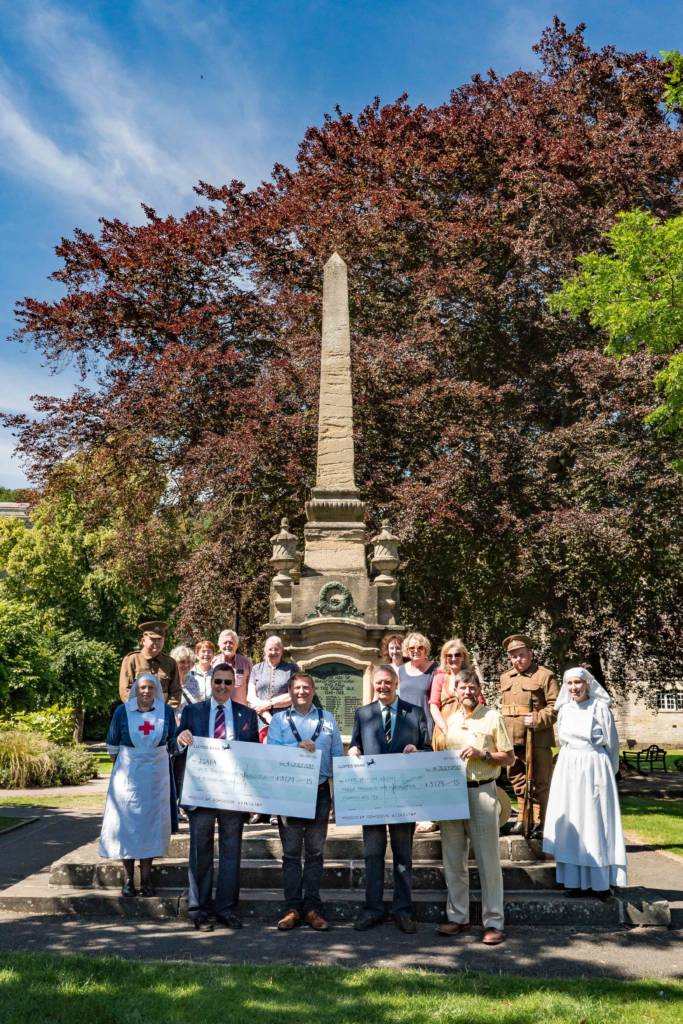 On Thursday, representatives from the two service charities SSAFA and the Royal British Legion came along with some of those who had delivered projects to Westbury Garden, where the cheques were presented. 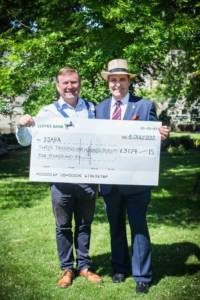 ” The Bradford on Avon Countdown to Peace Campaign raised a huge amount of money for the two frontline charities dealing with Veterans and their families in Wiltshire.  SSAFA Wiltshire will use the £3174.15 to improve the quality of life for the many people in Bradford on Avon and the surrounding county who need our help. Indeed, last year SSAFA helped over 73,000 people through our network of nearly 6,000 volunteers.  In short every penny counts and we will make good use of this generous contribution which Bradford on Avon Countdown to Peace worked so hard to collect.” 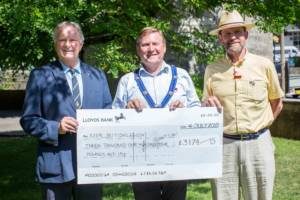 “Bradford on Avon can feel proud of this amazing achievement. Thanks to the Heritage Lottery Fund it didn’t cost the town a penny, and instead raised a tremendous sum for these two vital service charities.”